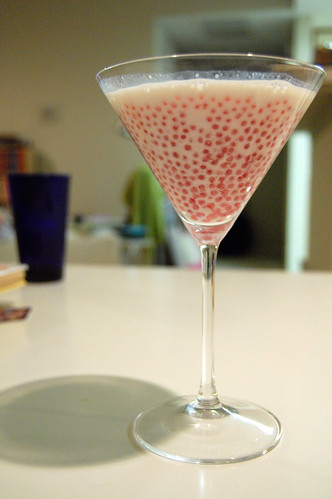 A few weeks ago, my boss took me to celebrate my 4 year company anniversary. Since we both have an adventurous side, we opted for this Thai restaurant in Las Colinas. The lunch was so good that we had to order dessert.

He had this fried banana egg roll. I ordered tapioca pudding with coconut cream.

In this dish, the tapioca pearls were the star and received more attention than the actual cream.

On my last trip to the Asian shop, I came across pink tapioca pearls, so I tried to replicate them at home. After two failed attempts, I finally learned how to make the tapioca pearls without cooking them (to be found here). Basically, you first started them in boiling water, let them cook for a while. Then turn off the heat (or turn it down to warm it up) and let it "steep" to soften by itself and not disintegrate the delicate beads. 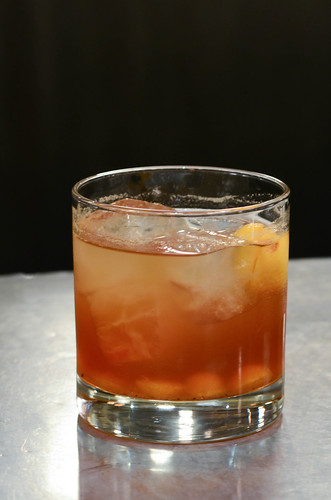 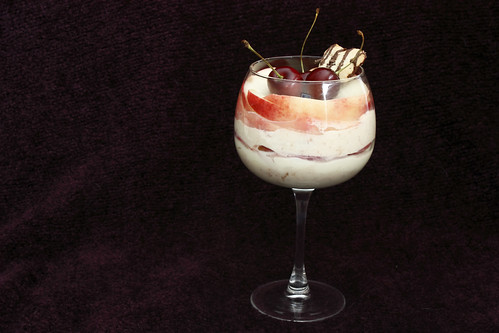 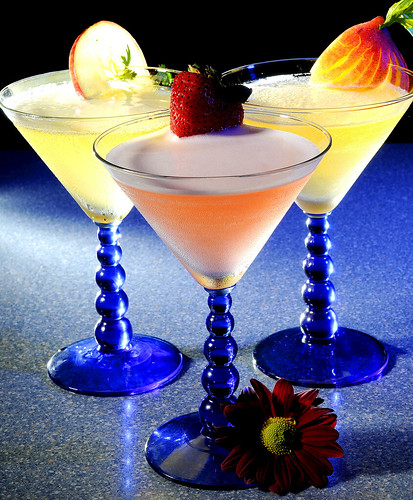 ← Many Ways to use Whey ← drink: carrot juice margarita